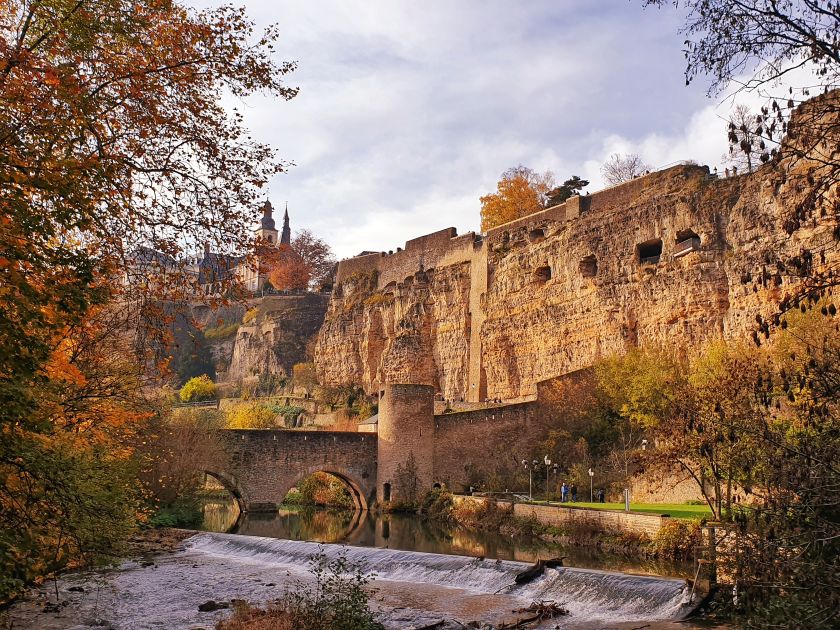 For this second post of 2020, I will talk about a short trip I took a few months ago now in one of Europe’s smallest countries: Luxembourg. I went there for a few days to visit a friend of mine that lives and works there, and I had a wonderful time.

A few things about Luxembourg

For those of you who don’t know, Luxembourg is a tiny country – and city – stuck between Belgium, France and Germany. It is not very well-known, except for the fact that it is very small and that it hosts the headquarters of some EU institutions. In fact, despite its low number of inhabitants, it is one of the EU’s founding members.

Apart from that, some may say that there is not much to be seen there, that the country and city might be a bit boring, especially when compared to the neighbouring countries and cities. However, Luxembourg City is a UNESCO world heritage site, thanks to its well-preserved fortifications, which contribute to the city’s charm.

During my weekend there, I had enough time to take in all the culture and beauty of the city, while at the same time relaxing, walking around and enjoying great food and music. Here are some of the best things I did:

Walking around in town

One of the things I liked the most about Luxembourg, especially since I went there during autumn, was that the city is very “green” – or in this case orange: there are a lot of parks, and a huge valley that almost splits the city in two, with the oldest town on one side, and the European district on the other one. From high viewpoints you then get an incredible view of it and it is stunning!

One of the most interesting things to do is obviously to walk around the Old Town, with its stone bridges and cute river that lead you all the way through the Bock Casemates, with their cannons, fortifications and underground passages. I haven’t been inside the passages, but it is definitely on my list for next time! However, just walking around in that neighbourhood is a lovely experience, as you can wander about in tiny streets, around cute houses and by the river.

Another amazing thing in Luxembourg City is to walk along the Corniche, a long path that offers incredible viewpoints on the city and the surrounding nature. It was especially wonderful in autumn as all the trees had different colours, which made everything even more beautiful.

The great thing about traveling is also that you get to discover a lot of new and different types of food. I didn’t really eat anything typical, yet my weekend was filled with tasty food. My favourite place was the Chocolate House, right in the centre.

We came there for breakfast and ate so much. There, you have a huuuuge selection of delicious cakes, all sorts of hot chocolates, sweets and breakfast/brunch options. Needless to say, I couldn’t finish the huge slice of cake I had, and ate it the next morning. I really recommend going there either to actually eat or also to look around. At this time of the year it was already filled with all things Christmassy and it looked magical! I wanted to buy everything and ended up buying a pistachio spread that is to die for.

Another food-related highlight of the weekend was an eco-friendly market that sold a lot of fresh fruits and vegetables, along with local food from local producers. You could actually eat there for lunch, as a lot of the producers had made soup, burgers, and all kinds of delicious meals. I found it amazing that in such a small country there are still events like that!

Last thing, this time music-related, is a Björk concert I went to with my friend. I didn’t really know her music before, but my friend really likes it so we decided to go together, and it was incredible! Not only the music was amazing, but the show in itself was absolutely magical. Even though the journey back from the concert was very complicated (and cold) I absolutely don’t regret going, and I would really recommend going to a Björk concert if you like her music!

So, even though I knew very little about Luxembourg before leaving, I came back with so many good memories of a city that almost feels like a hidden gem, of delicious food and an amazing concert! When I travel I usually rush through things in order to see as much as possible, but this time I took my time and it felt amazing, I feel like I have truly enjoyed it and can’t wait to go back and see how it is in the summer – and also to stuck up on that pistachio thing…!

Have you ever been or wanted to go to Luxembourg?

Leave a Reply to With love, Caroline Cancel reply