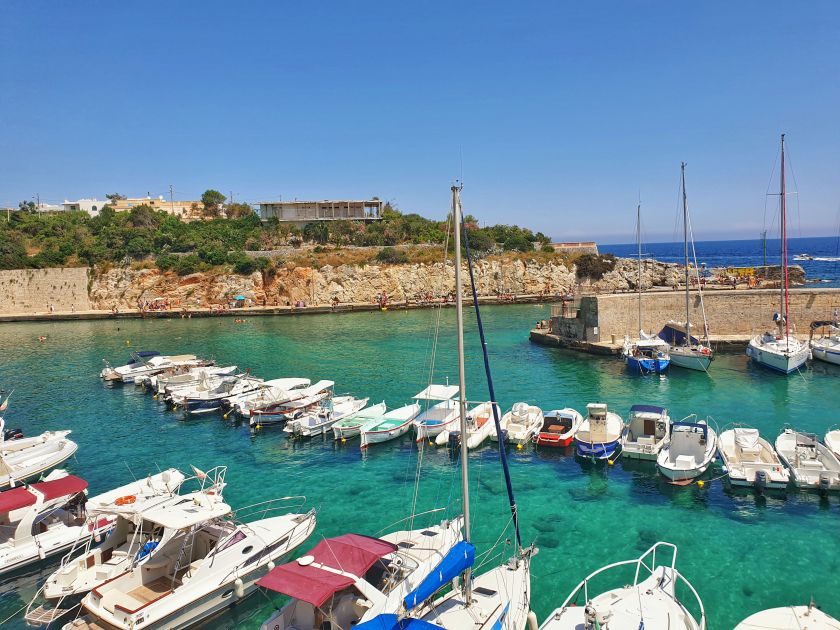 Each summer I go on holiday to the South of Italy with part of my family. As soon as we all get there, it seems that we all fall into some sort of relaxed routine consisting of soaking up as much sun as we possibly can, going to the beach every day, eating a lot of food, reading until the temperature is bearable again, and going out with friends at night.

We specifically go to the southern end of the region Apulia, an area called Salento, which is basically the “heel of the boot”. There, people speak their own dialect and are very proud of their region, which has its own geographical, linguistic and cultural characteristics.

The first thing you notice when you arrive, and something that will follow you along the roads in Salento, is the typical landscape with its plants and trees: secular olive trees, vineyards, pine trees, cactuses, fig trees… All of these always remind me of the South of Italy and everything that is associate with them, like delicious olive oil and sweet fruits.

Along the roads, you will see dry stone walls called muretti a secco, also used in some houses to build terraces. This traditional construction method can be found all around Europe (even in Scotland!) and its interest lies in the fact that the stones are not bound together by mortar, they are selected in a sort of “complementary” manner that ensures the stability of the wall.

Last but not least, the sea is always around you when you are in Salento. This land is surrounded by the Adriatic and Ionian Sea, with their turquoise water and limestone cliffs. There are some sandy beaches but most of them are rocky, which I personally prefer.

Needless to mention, due to the very high temperatures in the summer, you probably won’t find a lot of green grass and flourishing greenery, but that’s also what makes it beautiful: a dry and arid vegetation, massive olive tree trunks, patches of red soil and the salty smell of the sea, all of that surrounded by the non-stopping cicadas.

You cannot talk about Italy without mentioning food. Like every country, in Italy there are some regional specialties that don’t exist – or at least not in the exact same way – in other regions. Salento is not an exception to this rule with its huge variety of traditional and local food products and traditions.

As a land of secular tradition, a lot of the gastronomy in Salento is based on “poor” ingredients that were usually eaten by farmers or fishermen, or fruits and vegetables that were grown in the lands, such as olives or legumes.

An example of this is the puccia bread, which is simply delicious bread with whole olives. There is also a traditional dish called fave e cicoria, and it basically consists of mashed fava beans with chicory. Legumes are also the main ingredient of the ciceri e tria: fried pasta with mashed chickpeas.

One of my favourites though might sound a bit disgusting to some of you, but it’s actually delicious! This “dish” called frisa looks like a very dry and small bread loaf cut in half. Made from barley or wheat flour, you have to dip it in water for a few seconds, then take it out and season it with olive oil, salt, oregano and freshly cut tomatoes. Sounds weird, but I promise you it’s delicious!

The “sagre” and festivals:

The sagra is a sort of small festival that usually takes place in the main square of small towns, where a specific product or dish is “celebrated”. It is usually related to food, which means you will eat a lot of good and freshly-made dishes.

There are a lot of food-related sagre: home-made pasta, fried fish, watermelon, specific types of bread, puccia, meatballs, etc.  But also a lot of other festivals where the saint patron of specific towns are celebrated. Because yes, each town has a different saint associated to it!

During these kinds of festivals, that can sometimes last up to three days, there are always food stands selling regional and home-made dishes, or other stands that you can find in funfairs for instance. The atmosphere is lively, and the rhythm of pizzica is everywhere, a traditional dance and folk music that is played mainly on the tambourine.

For me, the South of Italy calls for a specific lifestyle, that I can only enjoy there, while on holiday. Nowhere else in the world can I follow this sort of routine. Obviously the amazingly warm weather plays a huge part in it, as everything you do, you do according to the heat and the sun.

First thing that comes to mind is the typical afternoon quietness. You know it if you’ve been to a hot country or region: in the warmest hours, everything is closed, no one is out on the streets – except the occasional tourists – and the towns look completely empty. The blinds of the houses are shut and you can’t hear anything. This is because everyone is either napping or waiting until the air gets a bit cooler. For me, this means very long afternoons spent in the garden, under the shade of trees, reading, chatting, putting on nail polish…

Only when the temperatures start to be bearable again, it is possible to have dinner, which is then quite “late” for northern European standards. We always have very long and delicious dinners with a lot of family or friends that come over. We sometimes make pizza in the pizza oven and throw some sort of “homemade pizza party”, which is amazing. This can be followed by long chatty evenings or a night out with friends.

Another summery routine is obviously going to the beach – not a sandy one though – at the worst possible hours: from 1 to 4pm. It is less crowded so more enjoyable, and when we go home after that we have a great lunch made with fresh products and A LOT of food… But when you go to Italy, you’re gonna eat a lot, so just be prepared to it!

This post was probably a bit messy; I think that’s because I was torn between writing something more “useful” for you and writing about my own experience and intake about my personal life. I decided to go for the more personal one, talking about my favourite things, without being too “tourist-guidy”. I hope you enjoyed reading it! It certainly brought some sunshine into my now-cloudier days in Northern Europe!

Have you ever been to the South of Italy? What is your favourite thing about summer?